Housing in Hong Kong sucks. And I’m a positive person. The exteriors look like soviet Russia, the interiors feel like they were designed by aliens with no concept of human ergonomics, the architects apparently thought cement is the best building material ever, and worst of all, the rent is too damn high, from the perspective of an average Honkie and as compared to the rest of the world.

Hong Kong will never be an entrepreneur hub until the town fixes it’s housing problem.

But, for some reason, some of us chose to live here. So, we must find a place to live. Consider the New Territories where the air is cleaner, the rent is cheaper, the Science Park is closer, and there are trees, grass, and birds.

Village Houses
You have the opportunity to live in a village house, which is a unique entity all itself. Village houses suffer from the same lack of design/workmanship/upkeep as most Hong Kong domiciles, but when someone with a bit of design sense, a broom (and a bunch of money) gets their hands on one, they can look amazing.

As of Dec/Jan, there is a large selection of 700 square foot (livable area may be substantially less) village houses for about US$900 per month (HKD 7000). Less if you pick the middle (of three floors). The top floor has access to a large tiled roof top (perfect for a home gym, bbq, or bonsai plant/kung fu area). The bottom floor usually has a small yard, useful for getting bitten by village dogs. $900 per month is the average, it is possible to find village houses for $600 a month. These village houses are located in an unorganized mess of a neighborhood, they are almost always in the middle of nowhere far from transportation hubs or shopping/grocery stores. So keep that in mind.

Tai Po Apartments
My friend, former CUHK classmate, business plan team member, and current landlord Fanny Wu and her eternally smiling mother have been helping me attempt to locate a new apartment. I’ve been to some interesting places.

Average Real Estate Agent. The flyers are confusing. This is in Tai Po Market, along with the pink apartment.

This cozy apartment is almost a full 100 square feet. It features pink walls.  Only $645 per month with a one year contract.

Notice a lack of any kitchen appliances. If you don’t like the one year contract, you might be able to pay 6 months upfront.

Notice that there is no shower. There is a faucet on a tube above the toilet, but no shower. This is 2013, people deserve better than this. 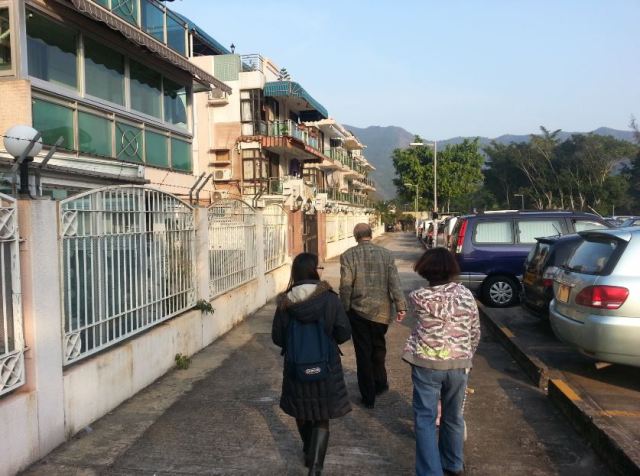 The pink palace was an apartment. Earlier in the day we visited an eccentric village house. This is along minibus route 25a, northwest of Tai Wo.

I give the owner credit for a creative design with a lot of potential. 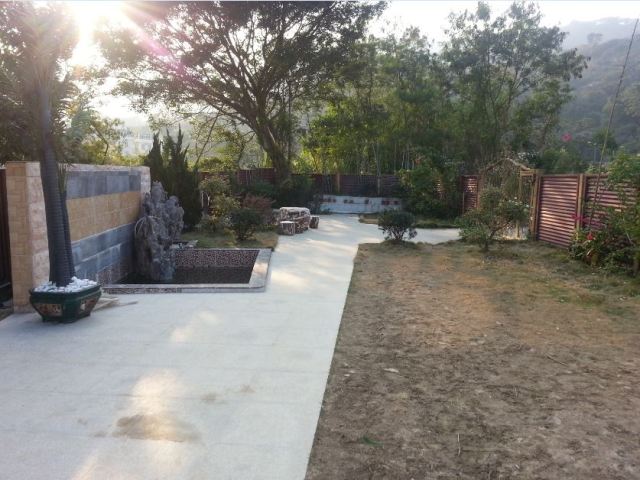 The gated property was attractive, needs some grass though. He had what could only be an algae biofuel project in the pond.

The entry is to my left. There  are no appliances in the kitchen except for a cheap electric range top. The sink is shoved in the corner for some reason. I would have installed an island or L shape counter, with a person at the sink facing the living room.

The floors were uneven and wavy, you could press and bend the walls inward, the fixtures looked like they were picked at random from a surplus store, the stairs were uneven. There was one coat of paint on the walls, paint on anything near a wall, sloppy construction all around. I just can’t understand the lack of pride in workmanship. If you’re going to build a house, do it right. Do it right! But at least the whole building isn’t stained tile, like most other houses.

The owner had a great idea, but terrible execution.

“Entrepreneur Housing”
One of the Real Estate offices in Shatin were advertising Providence Bay apartments, built on land which was supposed to be a later phase of the Hong Kong Science and Technology Park. This is something that really disappoints me. The STP should have kept that land and developed it into more office/lab buildings, or better, what they should have done, is developed an “entrepreneur’s village“, a group of affordable apartments and shopping/grocery exclusively by/for entrepreneurs and small company employees who operate from the STP. It doesn’t have to be big.

Instead, they sold it to a regular developer who is now advertising the property’s proximity to CUHK and the STP for some reason. Lets take a look at their properties for rent, see if someone from CUHK or the STP might be interested in renting one. There are three available properties for rent on gohome.com currently:

Finally, anyone want to get a loft startup going with me? Here’s our first candidate, it’s across the street from Chinese University Hong Kong/Hong Kong Science and Technology Park: 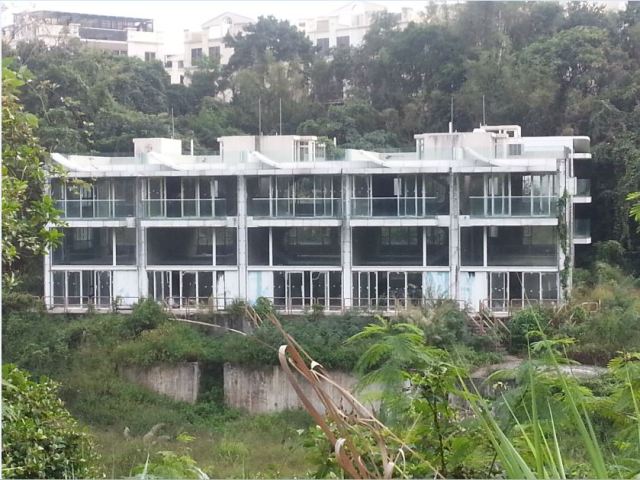 ← STARTUPS.HK – A directory of (almost) everything startup in Hong Kong
To solve BIG problems or create a startup →