June 19, 2018 · by seth.knutson · in Nottingham University Ningbo China, Progress of the startup · Leave a comment

Innov8tia is quite active, so much so that I am not managing my time well enough to write blog posts. One of our recent activities involved traveling to Beijing for the China Pitch@Palace finals, a British entrepreneurship event. Shouldn’t it be “Pitch at a Palace” or “the Palace”? This outfit does regional competitions, Pitch@Palace USA, Africa, China, Middle East, etc., then onto a UK grand finals which, given the name, I’d assume is at Buckingham Palace. The Duke of York, founder of Pitch@Palace, was MC’ing the event.

For the Shenanigans, head to the bottom of the page. 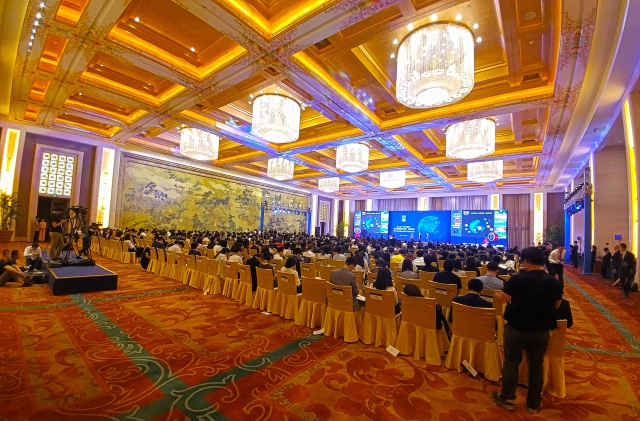 Jessica was presenting, all I needed to do was sit in the correct seat.

The event was held at the Diaoyutai State Guesthouse, which according to Wikipedia, is a historic complex used by visiting foreign dignitaries and one of China’s “10 great buildings”. It was also the personal residence of Chairman Mao, his fourth wife Madam Mao, and their cat, Mr. Mao.

After the regional and semi-finals we were supposed to create a video as part of our finals application but I just copy/pasted a clip from our Laudato Si’ Video. Incredulously, we were selected. There were 42 startups at the event selected from 2,000+ other startups (I assume this was the number of regional startups?). All the top China VCs sent reps to the event. All of the facility’s staff were taller than me, as in 190+ cm tall. It was a serious event. Nottingham didn’t provide any financial support or travel assistance, but the university’s incubator Director, her assistant, and another person, apparently a local angel investor aka the Shenanigan spotter (far left), traveled to the event. 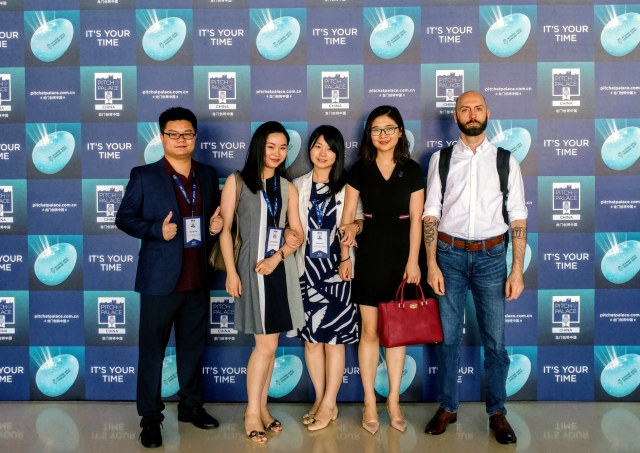 Jessica and I are on the right.

The Event
The first two days involved some site visits at a Microsoft incubator, a KPMG presentation on how to create off-shore tax avoidance shell companies, and a semi-finals pitch from which 12 teams would be selected to make 3 minute pitches while the remaining 30 companies would make 1 minute pitches at the finals. 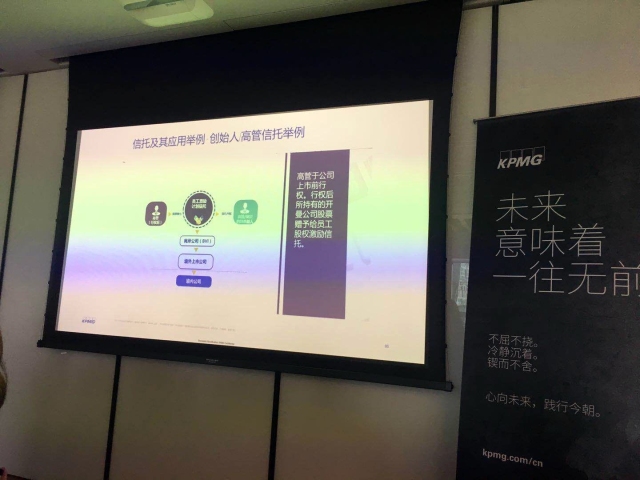 The Finals
The most interesting thing, I thought, was they had these guys on either side of the stage dressed as Ming Dynasty warriors, if a presenter went over their time limit these guys would bang their big drums. 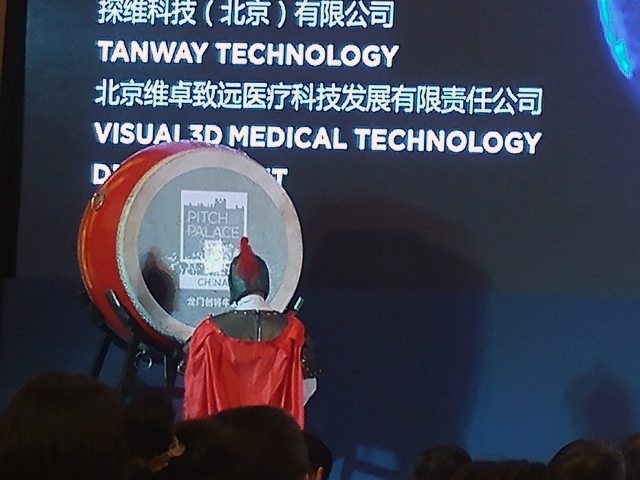 Of course Jessica does a great job presenting. She always receives a lot of compliments on her concise, comprehensive, and easy to understand presentations.

The team which beat us in the “Energy and Environmental Technologies” category had raised $127 million USD in funding, we were competing against startups like Pony.ai which had just raised a $112 million USD round, so we were a bit out of our league. We are too early stage for Chinese investors, so we didn’t anticipate gaining any interest from them, but surprisingly, there was a representative from a large energy and environmental company at the event who is now interested in buying our systems as well as distributing our systems in Guangdong province. If only we could find investors like we can find customers. 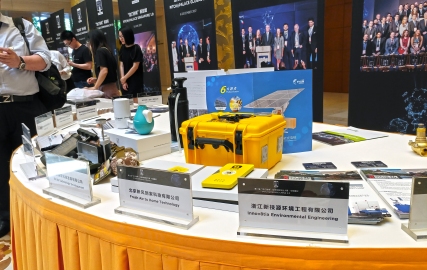 After the event we walked back through the gardens, took some photos, and then caught a flight back to Ningbo where we’d soon hop on a plane to NYC for Forbes Impact. 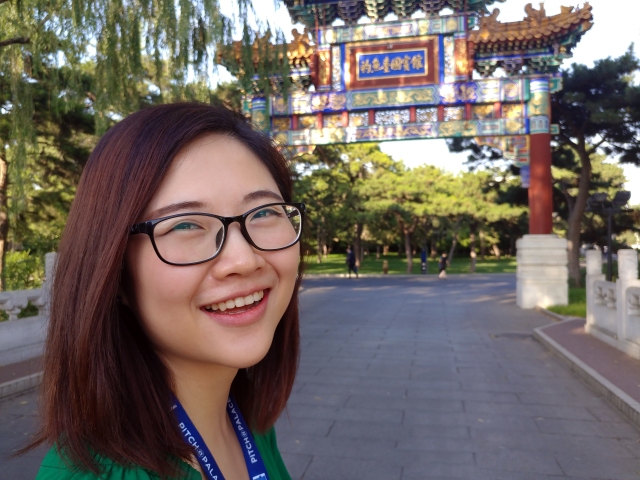 No, Jessica, you’re not too close to the camera. Why do you ask?

The Shenanigans
Here’s the interesting part. The Shenanigan Spotter angel investor, mentioned earlier, knew which teams were going to win before the event started. I think he was just quick to figure out what was written in plain sight.

Everyone at the event received some very nice embroidered bags, a water bottle, and a booklet which outlined the event and all the startups. This booklet had three interesting data points:

First, the event host, Ms. Xia Hua, is the founder of EVE GROUP, a leading China fashion and clothing company founded in 1994 with over 500 stores across China. 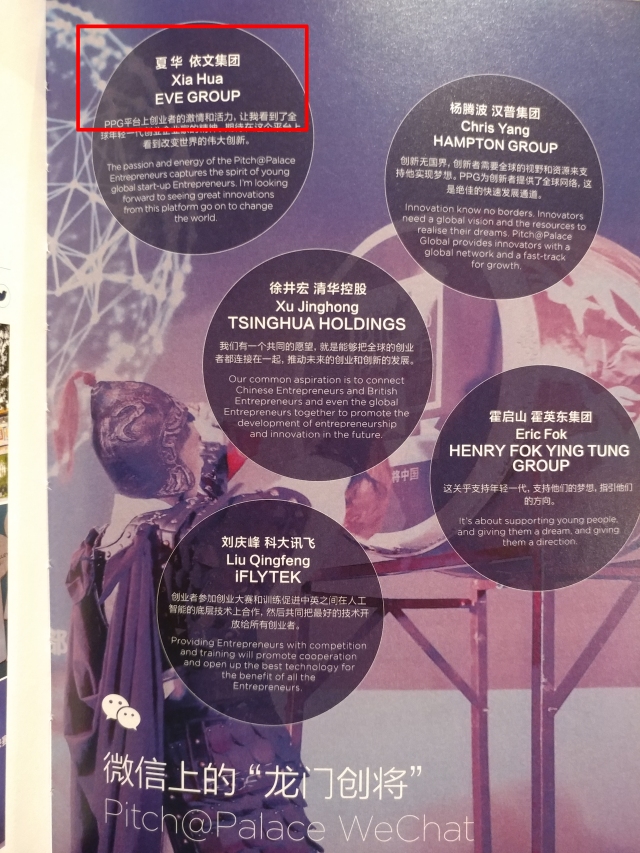 Third, we learn that EVE GROUP is also a startup (what??) competing at the event, going by the name China Craftmanship. EVE GROUP aka China Craftmanship hires people from a low-income mountain dwelling ethic group to sew high end expensive clothing using traditional designs. Sort of a social enterprise cultural promotion startup. So this startup, founded in 1994 with 500+ retail locations across China, is competing for the grand prize along with Innov8tia and the other startups – while also sponsoring and hosting the event. They also provided the nice embroidered gift bags everyone received. 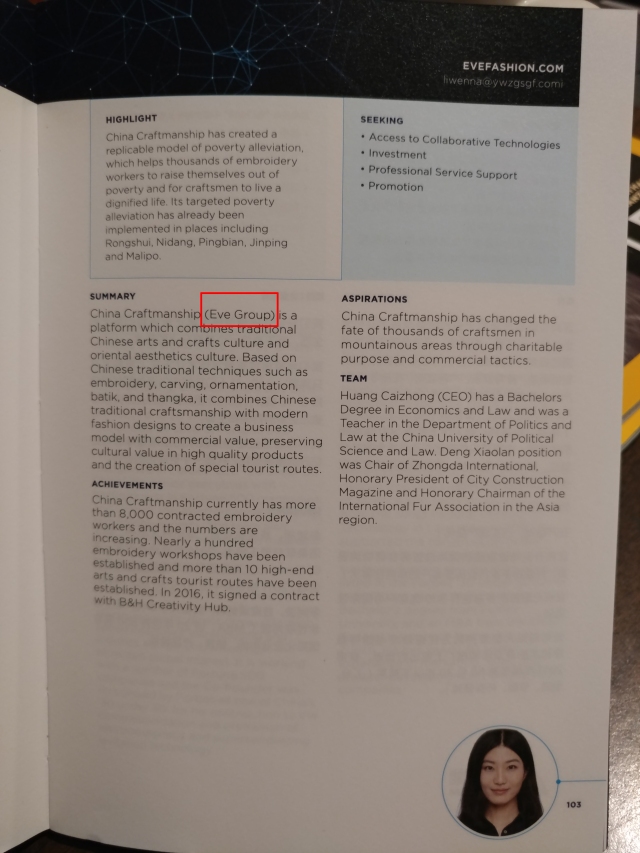 Someone didn’t proofread their email address…

Needless to say, EVE GROUP was the winner of the competition. Seems like a conflict of interest to me.

← The word “environment” appears to be trademarked in Zhejiang, China
What Our Tech Actually Does – a Case Study →